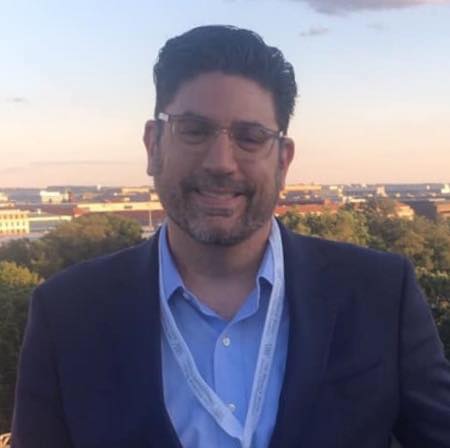 Jonathan Greenberg is a Republican nominee for Northfield Township Trustee. He serves as the Director of Liberty Initiatives at the Jack Miller Family Foundation, serving an organizing, communications, and advisory role for Mr. Miller’s extensive philanthropic efforts. A Senior Fellow with the Haym Salomon Center, a news and public policy group he co-founded in 2015 and previously served as Senior Vice President, Jonathan is a respected voice on foreign policy and Jewish issues. His work has been carried in The Jerusalem Post, New York Daily News, New York Post, The Washington Times, The Hill, The New York Observer, The Daily Caller, and numerous other publications.

Prior to co-founding the Salomon Center, Jonathan spent two years as a Vice President at the Illinois Policy Institute – one of the country’s premier free-market think tanks – and more than five years at the American Israel Public Affairs Committee, first in the Washington office and, later, as Midwest Political Director where he was responsible for 95 Congressional districts across nine states. In 2012, Jonathan ran for state representative in House District 57. A native of Fort Wayne, Indiana, Jonathan had been involved in politics in the Hoosier State, working for several Democratic officeholders including former Governor Joe Kernan.

Jonathan was ordained a rabbi at Hebrew Union College in 2006. During his rabbinic education, he lived in Jerusalem from 2001-2002 at the height of the Second Intifada. He has a master’s degree in Public Affairs and a bachelor’s degree in Political Science, both from Indiana University. He and his wife, Dr. Sharone Shamir Greenberg, live in Northbrook with their three children.